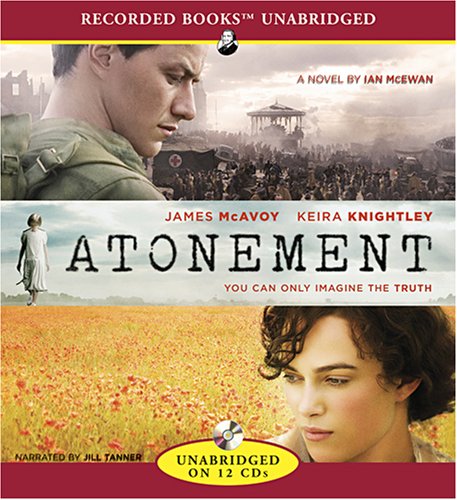 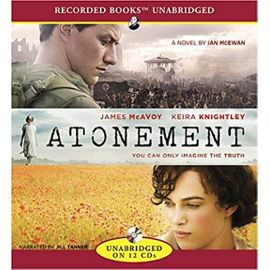 1As some platforms do not transmit shipping conditions to us and these may depend on the country of delivery, the purchase price, the weight and size of the item, a possible membership of the platform, a direct delivery by the platform or via a third-party provider (Marketplace), etc., it is possible that the shipping costs indicated by find-more-books.com / find-more-books.com do not correspond to those of the offering platform.
Details of the book 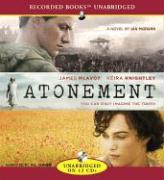 Ian McEwan's Booker Prize-nominated Atonement is his first novel since Amsterdam took home the prize in 1998. But while Amsterdam was a slim, sleek piece, Atonement is a more sturdy, more ambitious work, allowing McEwan more room to play, think, and experiment.

We meet 13-year-old Briony Tallis in the summer of 1935, as she attempts to stage a production of her new drama "The Trials of Arabella" to welcome home her older, idolized brother Leon. But she soon discovers that her cousins, the glamorous Lola and the twin boys Jackson and Pierrot, aren't up to the task, and directorial ambitions are abandoned as more interesting prospects of preoccupation come onto the scene. The charlady's son, Robbie Turner, appears to be forcing Briony's sister Cecilia to strip in the fountain and sends her obscene letters; Leon has brought home a dim chocolate magnate keen for a war to promote his new "Army Ammo" chocolate bar; and upstairs, Briony's migraine-stricken mother Emily keeps tabs on the house from her bed. Soon, secrets emerge that change the lives of everyone present....

The interwar, upper-middle-class setting of the book's long, masterfully sustained opening section might recall Virginia Woolf or Henry Green, but as we move forward--eventually to the turn of the 21st century--the novel's central concerns emerge, and McEwan's voice becomes clear, even personal. For at heart, Atonement is about the pleasures, pains, and dangers of writing, and perhaps even more, about the challenge of controlling what readers make of your writing. McEwan shouldn't have any doubts about readers of Atonement: this is a thoughtful, provocative, and at times moving book that will have readers applauding. --Alan Stewart, Amazon.co.uk

Details of the book - ATONEMENT